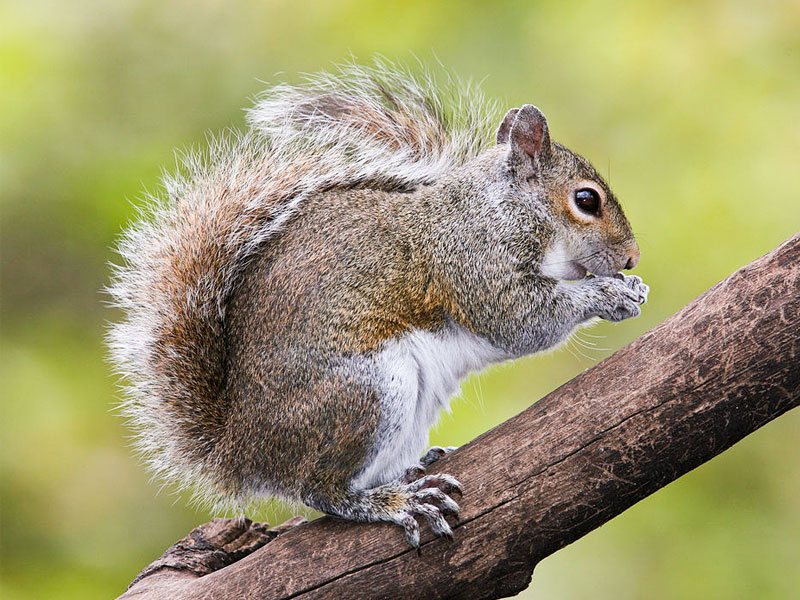 Grey squirrels are an invasive species of pest rodents in the UK. According to the Wildlife and Countryside Act 1981, it is illegal to release a grey squirrel in the wild once it is caught. Causing the forestry industry in the UK 40 million damage per year, grey squirrels are required to be dispatched by law humanely. In fact, they are in the top 100 worst invasive species in the world.  The grey squirrel has pushed away the native to the UK and very cute red squirrel far up north, mostly in Scotland’s forests. The grey squirrel is constantly trying to find nesting places in people’s lofts and yards causing damage to insulation and the structure of buildings, damage gardens, raid bird’s nests and steal their food, gnaw on woodwork and ceilings, contaminate water tanks and space with urine and droppings.

Despite their appearance, which is often found appealing to people, squirrels are regarded as more serious pests than rats. Grey squirrel infestations can be found typically in lofts, which they infest intentionally, unlike rats, which are usually not found in such areas. Grey squirrel infestations can be difficult to eradicate, due to the squirrel behaviour, that could be described as determined and persistent. They are very agile and skilful, being able to jump to your roof from a nearby tree, looking for entry points and food storage in your loft or garden shed quite often.

The typical signs of a squirrel infestation are damage on surfaces from chewing and gnawing (when looking for new places to nest or store their food), noises (while looking for food or storing it). A squirrel infestation might also cause damage to the electrical wiring in your property, which might result in a fire breakout. Another typical damage caused by squirrels in domestic premises may also be the removal of bark around tree trunks, digging up newly planted bulbs and making holes in the lawn to store food caches.

Their faeces and urine also pose risk of salmonella infection to anyone coming into contact with it and it is essential that a deep clean is done in the area of the infestation. When witnessing a squirrel infestation in your loft you should look for the entry point of the squirrels. Then, at a time when they would most probably be away from the nest (usually in the mornings) make some noise to make any squirrels that might be still inside come out of the property and block the entry point. In case you hear noises again, unblock the entry point as a young one might have been trapped in and the mother squirrel will come back to take it to another nest.

If you are not sure how successful you have been dealing with the squirrel infestation yourself or you are not sure whether you would be able to help the situation on your own, it is always best to call a professional pest control company. In Prime Pest Control we have experienced and professionally trained by the British Pest Control Association (BPCA) pest technicians, who have been successfully tackling grey squirrel infestations in London and the surrounding areas for many years now.

When you call a professional pest control company in cases of squirrel infestation, you will have your property inspected first. This is to find the type of squirrel infestation present, the entry points of the squirrels, the amount of damage caused and the level of the infestation. These steps are vital for making the right selection of eradication or deterring method. Depending on the infestation and your personal needs, we will tailor our methods, so that you could achieve high success rates, no matter what your situation or preferences may be.

Red squirrels are protected species in the UK. In the case of a red squirrel infestation, the methods are chosen in a way that no squirrels are harmed and after catching the red squirrels they are safely released back in the nature. All methods mentioned above are discussed with the customer, so that a common agreement can be made on the exact method that is going to be used for the removal of the squirrel infestation. When using methods that involve a lethal end for the grey squirrels, Prime Pest Control operates a strict policy for humane dispatch of the squirrels, that is a general requirement for all pest control companies dealing with squirrel pest control (as per the Wild Mammals Protection Act 1996).

How to differentiate between red and grey squirrels:

In case you encounter or suspect the presence of a squirrel infestation, here are some tips how to recognise which kind should be eradicated and which one should be released into the wild. 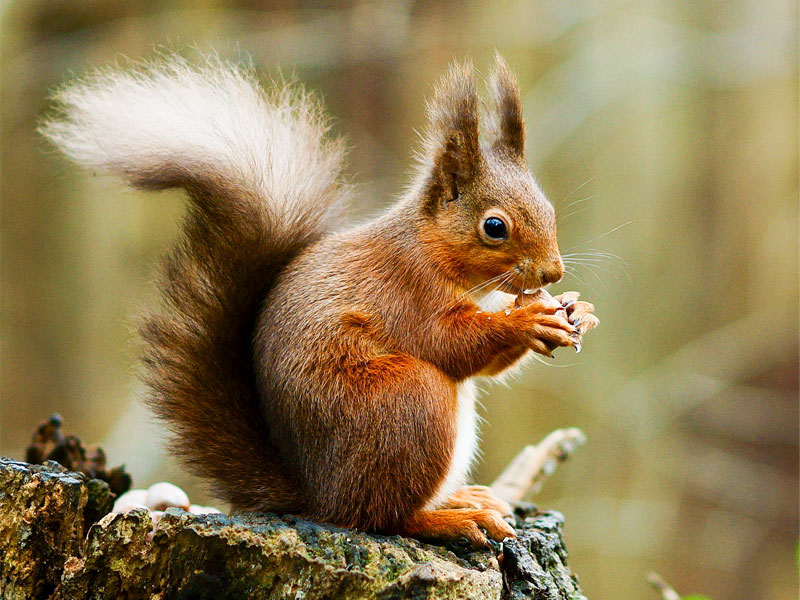 The grey squirrel, (Sciurus carolinensis),which should be eradicated, is larger than the red squirrel, they have spots of brown and white underparts and they do not have ear tufts. The grey squirrels typically breed from December to January and from May to June, reproducing once or twice a year. The number of squirrels born may vary between 1-5. Usually the female squirrels live longer than the male ones – 4 – 6 years, compared to 2 – 3 years lifespan of the male squirrels.

The red squirrel, (Sciurus vulgaris) which should be released in the wild, is smaller in size, than the grey squirrel. The colour on their backs may vary from black, through to chestnut brown. They have typically fluffy tails and long ear tufts. The red squirrels also breed twice a year:  March – April and July – August. Each breed consists of 3 to 4 squirrels. The red squirrels start breeding when they reach one year of age. In general, their lifespan is about 6 years.

Grey squirrels become popular in Europe after being introduced from America in the late nineteenth and the early twentieth century. They then become widely-spread, especially in places with green areas and parks, such as the United Kingdom. The wide variety of places where grey squirrels can settle down has made it easy for them to spread around quickly. As a result, the grey squirrel, which was introduced from America, pushes away the native to the UK red squirrel, that was widely-found locally at the time and is now close to extinction. Other species of squirrels are also considered pests but they are not popular in the UK. Those are the flying squirrel and the fox squirrel.

Most species of pest squirrels have similar habits – they chew holes in the exterior of buildings and structures in search of new habitat. There they nest or store food, or sometimes they could do both things in the same place. Typical places for squirrels to settle into are lofts, garages or roofs. Another fact about the behaviour of this pest is that they are active in the early mornings and late afternoons. During those times the squirrels are in search of food sources or storing the food that they have found but do not need to consume immediately. Preferred foods are nuts, seeds, leaves, barks, insects, and even fruit.