The Confused and the Rust Red flour beetles are not any dangerous to humans and pets. The flour beetles do not bite or spread diseases, neither do they damage the furniture and the household in any way. When it comes to commercial and industrial flour storage or flour mills, this pest can cause a significant loss of produce and business.

The flour beetles can be spotted typically infesting cereals and flours. The larvae and the adult forms of both beetles use broken kernel and grain dust as their food source. However, the beetles are not interested in the whole grain kernels that do not have any cracks or damages.

It is very typical to get a flour beetle infestation in your property when bringing flour at home. An infested pack of flour might cause the development of a significant infestation if not spotted and dealt with timely. The flour beetles hitchhike in the flour packs and when brought into your property, they would then start looking for other food sources available around.

Very often you could recognise the presence of a flour beetle infestation by the greyish colour of the flour or any other product that they infest. This is a popular sign, which makes the infestation easy to spot. The Confused flour beetle, which is found in domestic premises, usually prefers feeding on clean flour and cereals. It would also pupate in the same flour or cereal that it is currently feeding on. Another sign of a flour beetle infestation would be an unpleasant odour in stored grain products. It is a pungent gas released by the beetles when they are irritated.

Flour beetle infestations may have a significant impact in warehouses and factories dealing with starch products, due to the amount of damage that they might create. However, they are the most popular and abundant pest in the flour mills across the UK, the US and Australia. 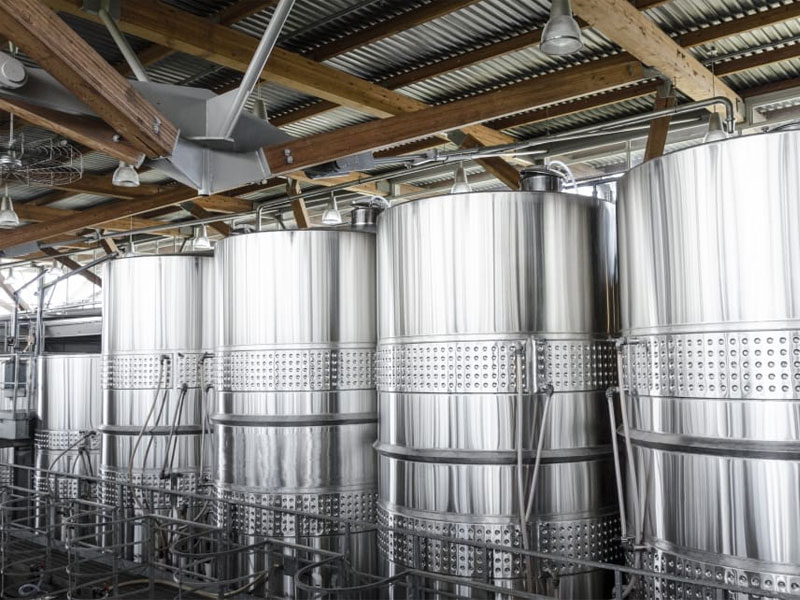 The easiest way to get rid of a flour beetle infestation is to find the source of the infestation and to remove it. This is why a very thorough check of all your stored grains, spices, powdered milk, flours, cereals, etc… is required if you suspect that you might have an infestation. Make sure you wrap the foods you dispose of carefully as you may drop eggs or any of the stages of the beetle in the process. Then seal the rubbish bag and take it out of your property for collection.

Hoovering of the infested areas (cupboards, shelves, etc…) and sealing and binning the contents of the hoover afterwards is essential when a flour beetle infestation is present. Sanitation can help greatly when it comes to flour beetle infestation removal and prevention. After hoovering you can wipe the area clean using soap and water to ensure the complete removal of the infestation there. Then, cover the area with clean paper or foil before you start storing food there again.

In cases of industrial or commercial flour beetle infestations, professional control is usually required for the successful elimination of the problem. At Prime Pest Control, we have been maintaining high success rates of flour beetle extermination, control and monitoring for flour mills and various type of storage facilities in this industry. All our services are compliant with the UK pest legislation.

When it comes to flour beetle infestations at commercial premises (e.g. food manufacturing facilities, bulk flour storage, silos, where grains are stored, etc…), professional pest control is usually required. Fumigation is a proven method for flour beetle infestation eradication, as well as surface spray. Professional control of the flour beetle and its larvae will allow you to keep the product after the treatment, in case that it has not been affected by the beetle and it is in good condition to use.

If you spot signs of a potential flour beetle infestation and you cannot deal with it yourself you can call Prime Pest Control for professional advice or book an inspection with one of our British Pest Control Association (BPCA) trained pest control specialists. They will be able to identify the source of the infestation and tailor a plan on how to effectively get rid of the it as quickly as possible. After the completion of a treatment, our experienced pest technicians issue post-treatment tips on how to prevent and reduce the chance of re-introduction of a new infestation.

The Confused flour beetle and the Rust Red flour beetle look similar. They are long between 1/10 and 1/8 of an inch or about 8 – 10 mm. They are reddish-brown in colour and have a flat and shiny surface. Their bodies are elongated in shape.

The Confused flour beetle has antennae, which increase their size from the base to the tip. It ends with a club with four segments. The Rust Red flour beetle, has those segments as well, however the last three segments before the antennae are significantly greater in size, in comparison with the previous ones. The Confused flour beetle has the ability to fly and readily does do. The Red beetle is also able to fly but primarily in warm climates. The Red Rust beetle also has its eyes close-set, which makes it distinguishable from the Confused one.

The larvae, eggs and the pupa of the two kinds of beetles are similar as well. The larvae have a brown head and are cream to yellow in colour. The larvae have six legs, which makes them easy to recognise. The beetles remain in their larval state for 22 to 100 days and sometimes even longer.The size of the eggs is microscopic and they are colourless and their surface is sticky. This is why often you can spot food particles stuck to them. The eggs hatch within a period of 5 – 12 days The pupa is white in colour to light brown and the amount of time the beetle is in this state is about 8 days. Then it takes a week for the pupa to turn into an adult.

The two flour beetles have similar lifespan – they can survive for up to 20 days at temperatures of 35 degrees Celsius and up to 45 days at 25 Celsius. The Red beetle prefers slightly lower temperatures than the Confused beetle. The adult forms can live for a period of up to 6 months.